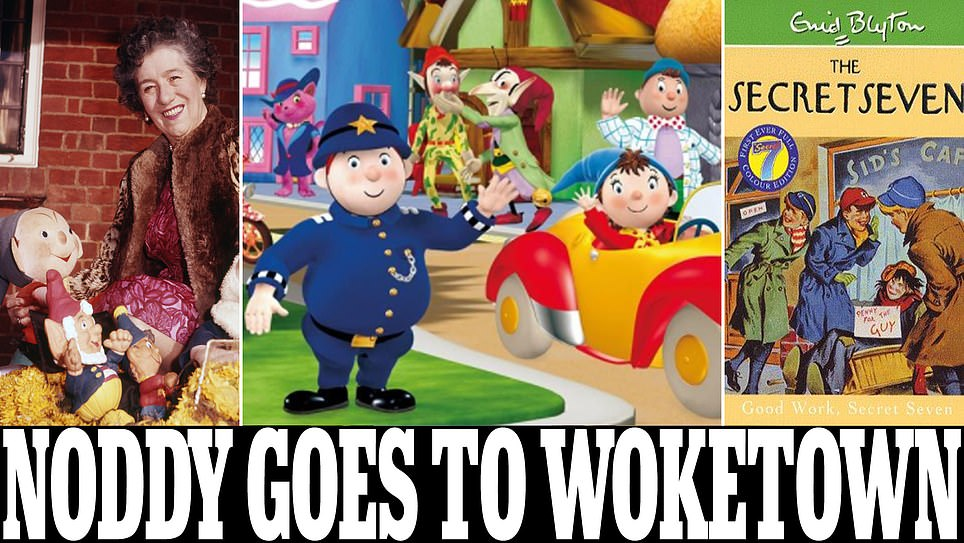 The English children's author (left in 1962) has enchanted millions of young readers with tales of adventure, ginger beer and buns. But Ms Blyton, whose books have been among the world's best-sellers since the 1920s, has been linked to racism in updated Blue Plaque information produced by charity English Heritage. In a new section on the EH website it says: 'Blyton's work has been criticised during her lifetime and after for its racism, xenophobia and lack of literary merit. In 2016, Blyton was rejected by the Royal Mint for commemoration on a 50p coin because, the advisory committee minutes record, she was 'a racist, sexist, homophobe and not a very well-regarded writer'. English Heritage vowed to review all plaques for links to 'contested' figures following last year's Black Lives Matter protests. It stated that objects 'associated with Britain's colonial past are offensive to many'. Blyton wrote over 700 books and approximately 4,500 short stories but faced very little criticism during her early years. Her work, including The Secret Seven (right), the Famous Five, the Faraway Tree, and Noddy, has been sold more than any other children's author. Her books have sold 600milllion copies and have been translated into 90 languages. Her work is still popular, and she is number 11 in the top 20 best bestselling children's writers of last ten years - despite her death in 1968. But her use of the term 'Golliwogs' in Noddy has now been changed to 'Goblins' in recent editions and other books where she is accused of racism are largely of print.