Who won what, Saturday 28th August - PBKR raises over £2,500 in his Charity Stream

Sunday again, where do the week's go?

AS is so often the case on a Sunday, I'm going to run though the thread with a degree of brevity today, so many things to do.

Saturday's football was highlighted by a splendidly contested game between Liverpool & Chelsea. First half was wonderful, but the game was marred by a sending-off which was technically correct but a little harsh, & which rather spoiled the second half. The moral high ground probably goes to Chelsea who clung on with their 10 men, & really, a rampant Liverpool could & should have punished them.

In the BWM Golf, the two leaders - Cantlay & Bryson are 21 under after three rounds & there are a dozen or more players at minus 10 or better. I can't really take that sort of target golf seriously, golf would be better served where the winner comes in at close to par. On Friday - Day 2 - Bryson only hit 6 fairways & yet shot 12 (TWELVE) under. Ridiculous. Give us a Scottish links course with the wind howling & the whole field struggles to beat par & then we'll see who the best golfer is.

In F1 yesterday we saw another humdinger of a crash at Eau Rouge/Raidillon as Lando Norris got it all wrong in the wet & was lucky to escape unscathed. Not so his McLaren, which was totally wrecked. (See video below). The race starts at 2pm (UK) today & should make great TV, let's hope everyone finishes the race safely, that's some dangerous circuit, especially in the wet.

Also today it is the British round of Moto GP, which is at Silverstone. All 3 races will be on BT Sport, & the main Moto GP race (1pm UK) will be on ITV.

Finally, for those who enjoy lower league football, don't forget it's the Old Firm derby today, Rangers v Celtic, which kicks off at noon. 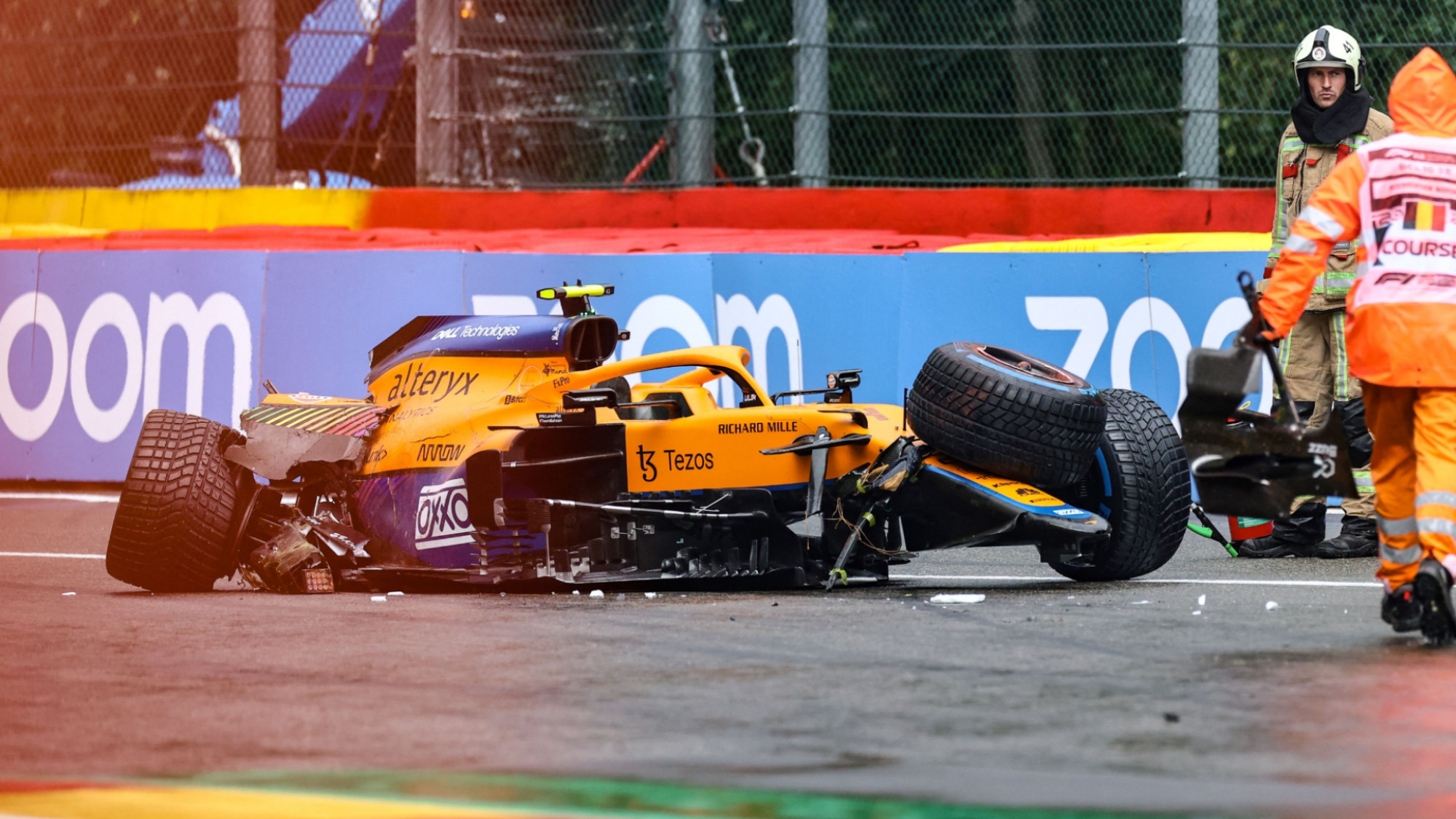