As you may or may not know, a few of us have branched out into streaming Sky Poker on Twitch. With the UKOPS series starting tomorrow, we've come together to provide you lucky viewers with a UKOPS stream for almost every day of the event!!

Take a peak at the schedule: 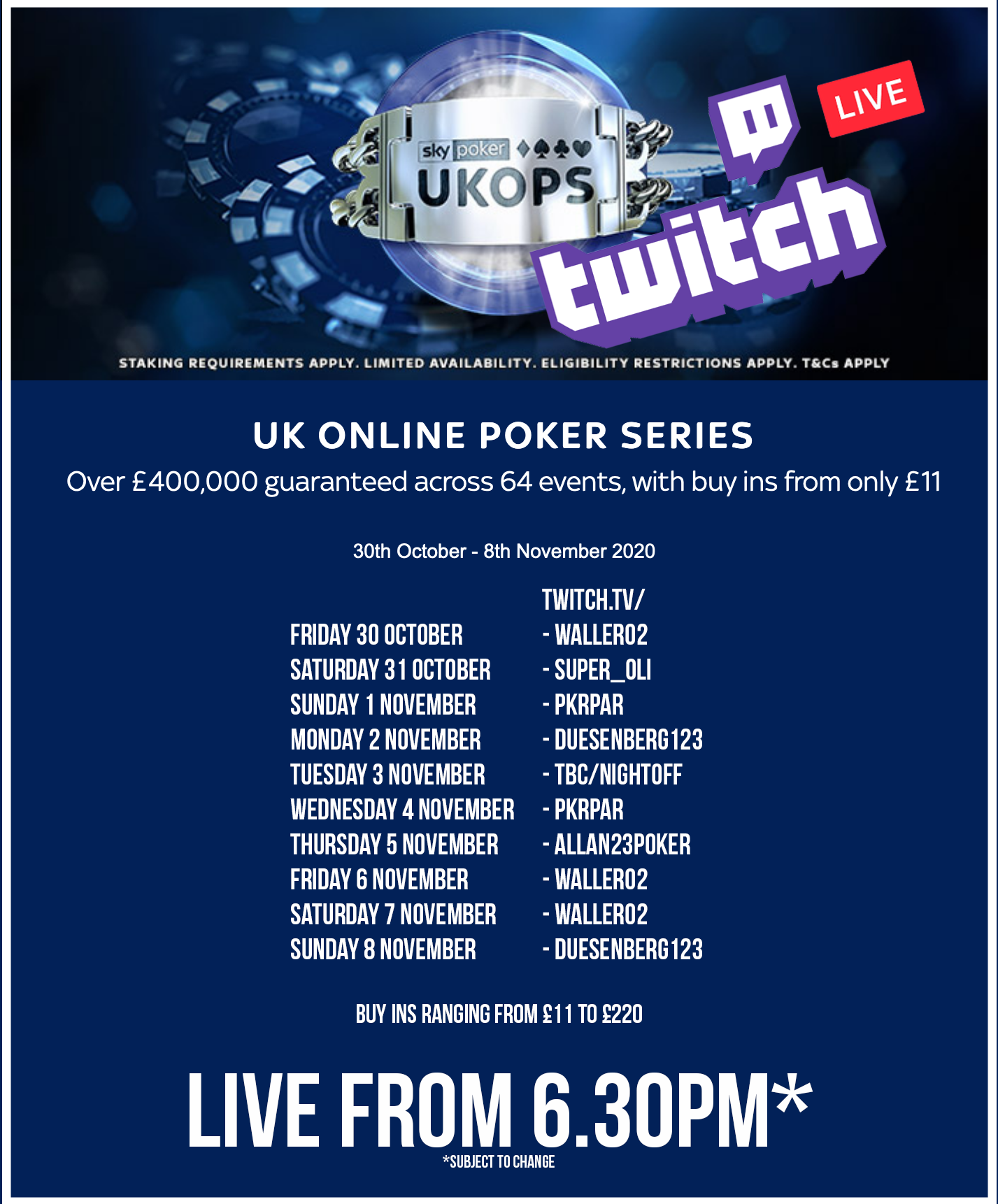 Some faces and names will be familar, but some may also be new to you, including the impressive @Super_Oli who is making a return to the twitch streets!!

The UKOPS series is shaping up to be the best yet (I'm biased as I won a £1100 UKOPS package), but still, come say hi in our streams and supports the streamers each day!!

Here are the links you need to click to ensure that you are following us:


Lets us know if you'll be tuning in!!